We are honestly trying to leave this marina, but the refrigeration gods have frowned upon us. Eduardo has been diligently working and testing and adjusting and testing and scratching his head, right alongside us. Craig and I are super frustrated because we’ve been trying to make this system work efficiently for YEARS. And every time we think we’ve discovered the issue and we replace a part (all of the insulation, the compressor, the electric motor), we can’t help but hope for ice. And every time, the professional charging us by the hour assures us that the system is perfect. And every time, we have ice while we have shore power, but the system demands too much energy once we’re running on solar power alone. This time, for the first time, the person we’ve hired agrees that something isn’t right and is committed to figuring it out. The current problem piece is a thermal expansion valve for the R-134a.

It’s very important that you understand the function of this piece so I’m gonna get nitty gritty on the details. LOL that’s a lie. The important piece of information is that the size valve we need is not available in Mazatlán. Eduardo has even tried building his own valve to the specifications needed – right after he built us a heat exchanger from scratch. Even though the other (wrong) valves can get the freezer to 5*F, it should be getting down to -4*F, and it should be getting colder much faster. So we continue to wait and watch Eduardo while he is watching the temperature change in the freezer. 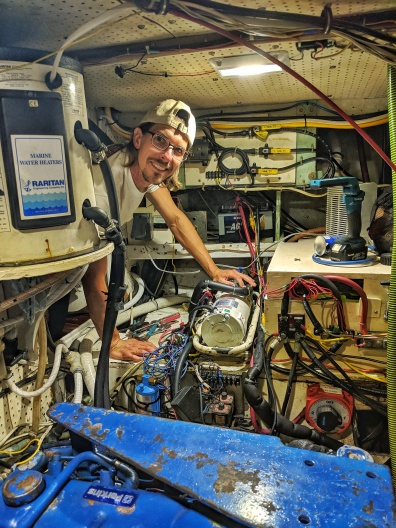 Old location for the compressor

New location for the compressor

Our failed attempt at maintaining cold food during the repair. 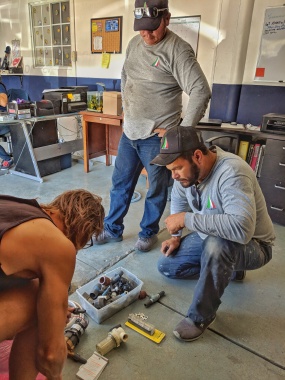 On the hunt for plumbing pieces 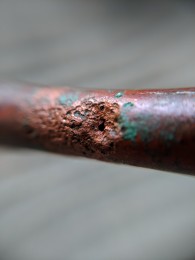 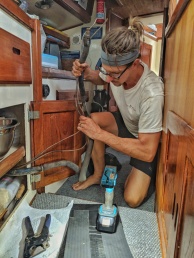 Pulling out the old tubes

Despite ourselves, we are hopeful. Though I suppose I shouldn’t speak for Craig. He’s been pessimistic about it lately and I think he’s afraid that the boat has a refrigeration curse. During the last three weeks alone we relocated the compressor, replaced the copper tubes, adjusted the plumbing for the cooling pump, replaced the water pump, replaced the receiver-filter-dryer, installed a heat-exchanger, and properly insulated the copper tubes. There’s not much left to replace at this point. The only thing left to do is have all of you imagine that you’re stuck in our freezer and that it’s incredibly cold in there. Think cold thoughts! 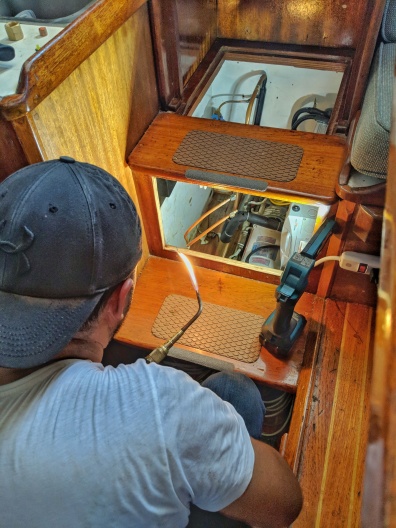 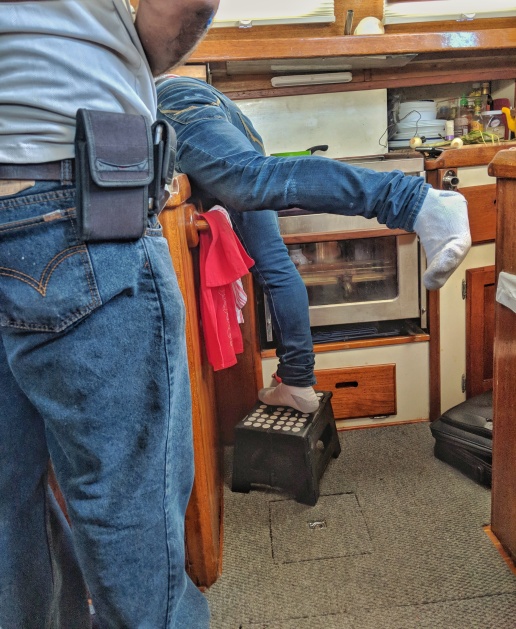 How many full grown adults can fit in the galley at once? 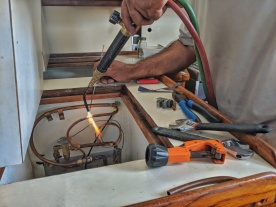 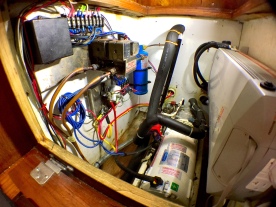 Whether or not the system is ready, we need to get outta Dodge. We have many miles to cover to get to Puerto Peñasco and it’s time to get the boat ready to go. Today we used jerry cans to finish filling our diesel tanks – 4 trips with 3 cans. (We did the same thing a few days ago, too. Not fun.) Then, after a trip to the store for fresh veggies, we returned to the boat which was 95*F. I would say that it felt like I was in a kiln, but the humidity levels made it feel more like I was in a boiling pot of soup. I tried to set up a faux air-conditioning rig, but the fan is crap and the ice melted within 20 minutes. I literally started grabbing ice and holding it in my armpit trying to cool down. I didn’t even feel the ice in there. How the heck am I going to survive returning to the Sonoran Desert without air conditioning? I guess we’re about to find out. 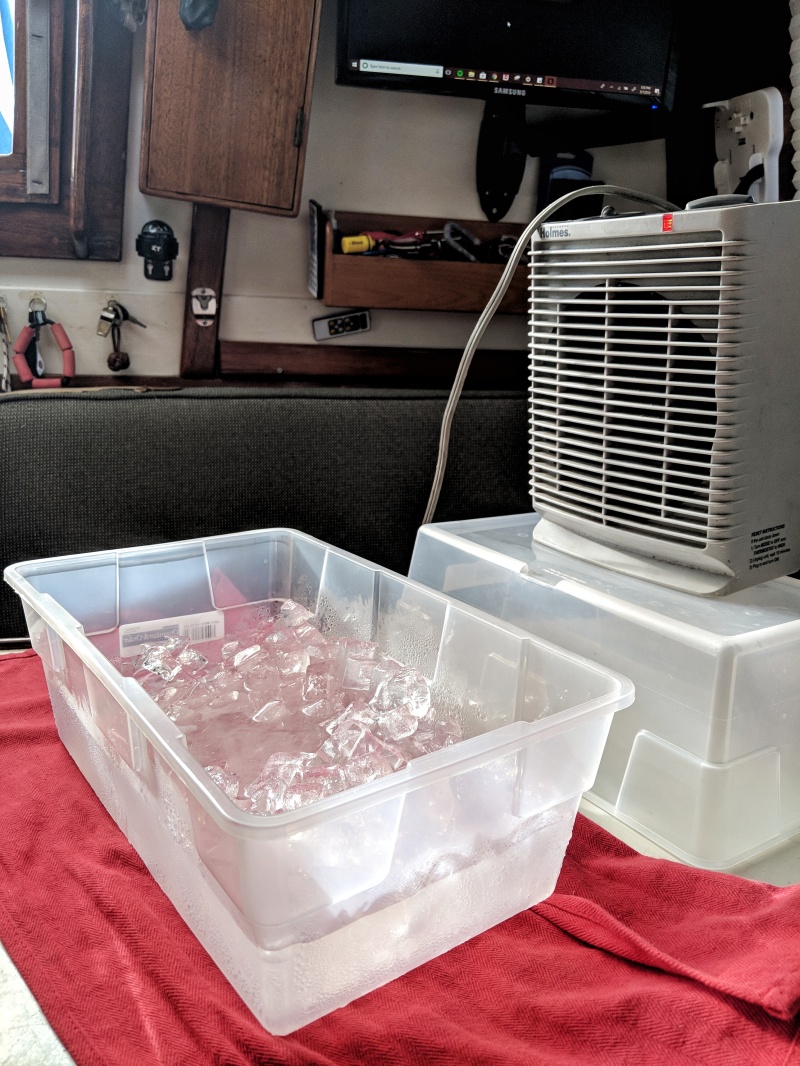 This fan in bunk

12 thoughts on “The NeverEnding Project”

Zig Zag, Sail a Tack, Give that Boat a Bone!

A motivational speech from an unmotivated sailor