After the last update, we continued sailing toward Bodega Bay and planned to anchor for the evening. If we carried on through the night, we would’ve gotten to the Golden Gate Bridge (henceforth The Bridge) in the middle of the night and potentially in some big winds. It sounded less than ideal and spending a night on the hook sounded much more pleasant. It had been a solid week since all of us sat down to a meal together or all of us slept at the same time. The idea of more than 4 hours of sleep in a row was damn near mouth watering.

Toward the end of the watch for the Whistling Bungholes, the wind had freshened and we expected some good speeds headed to the anchorage. Well, the winds continued to freshen. Quite frankly, they got a little too fresh if you ask me. Beth agrees with me. Cody and Craig do not. Winds were nearly 30 knots and the waves had built to match. In my finest hour, I tried to sleep through it all. It was the only way to keep the nausea at bay. Beth and I were laying in the bunks discussing the madness of it all and catching air as Small World carried us into the harbor. Cody and Craig were on deck having the time of their damn lives. If you ask either of them about their favorite parts of the trip, they both include the entry into Bodega Bay. I’m quite certain they are adrenaline junkies.

Once the anchor was set and everything was settled, we all sorta just stared at each other. We were really in California. Even through we didn’t go ashore, it counts. Our anchor dug into some piece of land that legally belongs to the state of California and possession is 9/10th of the law. I’m not sure that applies here, but I have a lawyer. Liz. Back me up. I OBJECT! Am I doing it right, Liz?

Day 10 started with some classic California coastal fog to kick off a solid 58 miles between us and the Berkeley Marina. That’s not  an incredibly difficult distance to cover. Mostly because our boat is a super fast racing boat. But also because there was a fair amount of wind that would keep our speeds up throughout the day. The only problem was the tides. The Bridge may be long when you walk over it, but it covers a channel that is quite narrow for tides to pass through. Which means the current is strong enough to avoid when it is at it’s strongest. On that day, the strongest flow out of the bay would be at 5pm. Nearly exactly when we would arrive if we went straight for it. So we made a bit of a wider turn than absolutely necessary and thought it would help us get in as the current weakened. Well the wind also started to abate and it started to feel like the closer we got to The Bridge,the slower and slower we went. It was like some weird vortex where you never reach your destination. Like somehow, when you’re on a long road trip and the last 5 miles seems to take an entire day. How does that even work? It can’t be science.

By the time we actually made it to/under The Bridge, it was sunset. It made for a magical moment and some sweet photos (thanks, Tony!) that I would think were photoshopped if I hadn’t lived it myself. Even as I type this I struggle to believe that I’m typing about my own life. 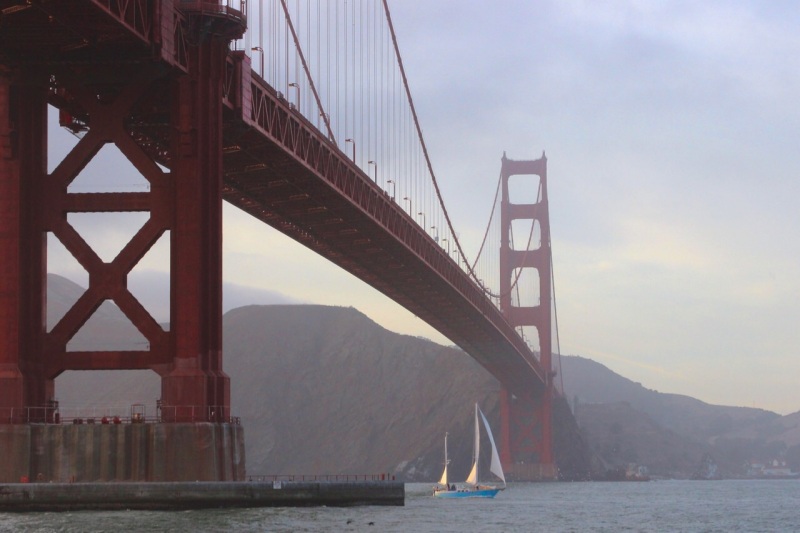 From The Bridge to the Berkeley Marina is a mere 8 miles. Unfortunately, the magical sunset quickly faded and left us in pitch black as we raced across the bay. In case you were wondering, it’s damn near impossible to pick out navigational lights against a backdrop of city lights. Especially when they aren’t on the fucking charts. That was a close call. And whose idea was it to leave an old dilapidated, and unused pier UNLIT? Also, the approach to the marina is extremely shallow – like less than 10 feet. HOW IS THAT A THING?! Let’s just say that I hope to never come into a new marina after dark ever again. There’s just not enough wine. 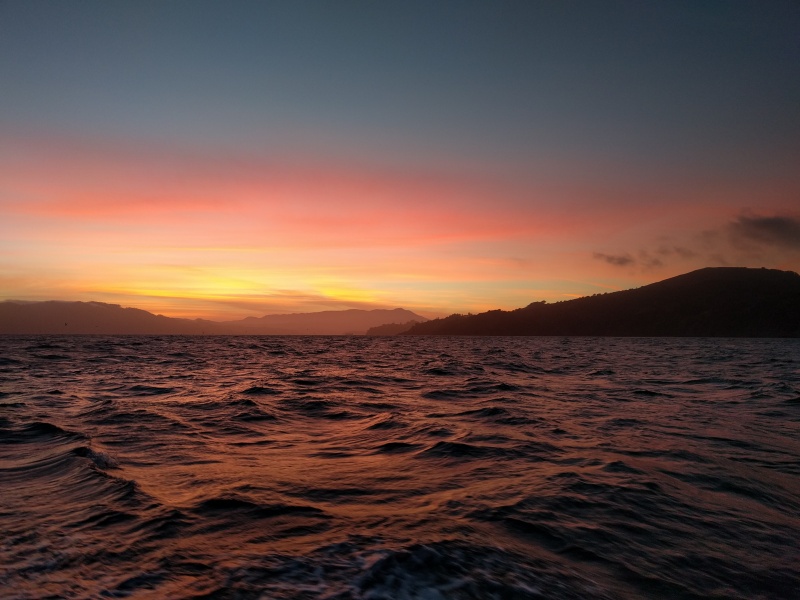 Our good friend Caleb caught our dock lines, I knelt down and pretended to kiss the seagull shit covered dock (I wasn’t that desperate to be ashore), and we all went to a German bar with our good friend Dave. Being ashore was weird. Being in a car and going faster than 7 knots was weird. Being around people other than fellow crew was weird. (Who knows what they’ve had for meals or when their last BM was?!) Neon lights were weird. It’s all still weird. 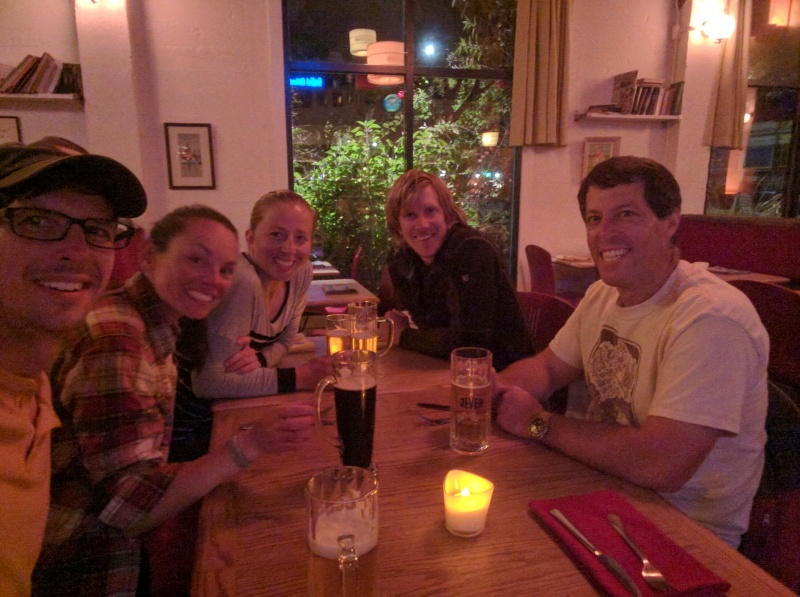 I live in California now...?